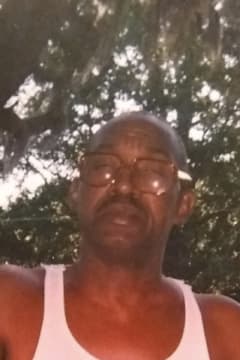 The Wiley Family is sad to announce the passing of their loved one.

Willie Frank, at an early age, joined Macedonia Baptist Church. Where he attended until he enlisted in the Army. He joined in Holy Matrimony to Mrs. Lena Jackson on February 8, 2000.

He joined the Army on November 15, 1964 and he trained for service in St. Louis, Missouri. He served in the Vietnam War from 1966-1968 where he received a National Defense Medal, a Bronze Star, a Purple Heart, Infantry Medal and an Airman’s Medal. His career in the Army ended in 1974 where he was honorably discharged.

I am saddened to hear of the passing of Mr. Willie Frank, my thoughts and prayers go out to the family. He was my dad's best friend in high school and I remember him from the trailer park, because me and Valerie played together. Death has taken so many loved ones indiscriminately, the bible clearly says at Revelation 21:4 He will wipe out every tear from their eyes and death will be no more, mourning, outcry nor pain be anymore. The former things have passed away. And John 5:28,29 says, All those in the memorial tombs will hear his voice and come out. We all look forward to the fulfillment of these promises in Gods word so we can see our loved ones again happy and healthy!
- C.R.
Praying for you all
- Kendarius