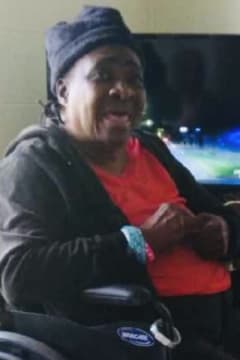 The Austin Family is sad to announce the passing of a loved one.

Mrs. Shirley Ann Farley Austin was born on November 4, 1951 in Sylvester, Ga to Melissa Pearl and Davis Farley.
She was educated in the Worth County Public  School System and was of Baptist faith. She loved to spend time with family and solve word puzzles.
Shirley was married to Robert Lewis Austin. Born to that union was Mr. Reginald Farley and Mrs. Katashawai Farley.
She left this life on Saturday May 2, 2020 at Pruitt Healthcare in Sylvester, Ga.
Shirley was preceded in death by: her parents, Melissa Pearl Farley and Davis Farley, grandparents; Ed and Ella Robinson, and only son; Reginald Farley
She leaves behind to cherish her memories: her only daughter Katashawai Farley (Michael) Walker of Sylvester, Ga; one brother Davis (Corinda) Farley of Sylvester, Ga; two sisters, Diane Richardson of Sylvester, Ga and Molley Robinson of Hamilton, Ga, four grandchildren; Katashawai Farley, Kenyatta Farley, Zanthia Farley, Sylvia Howard and a host of great-grands, aunts, uncles, nieces, nephews other relatives and friends.

Honor the life of Shirley Austin

Please share a condolence, photo or memory of Shirley. We welcome all condolences that are positive and uplifting that will help family and friends heal.