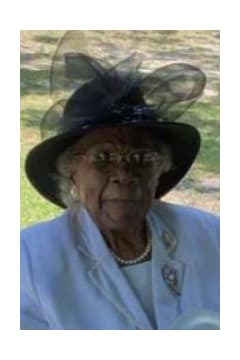 The Thomas family is sad to announce the passing of a loved one.
Ruther Lee Thomas was born September 18, 1922 to the late C.J. Wheeler and Clemmie (Lil MA) Mansfield in Mitchell County.

During the early years of her life, she attended public school in Greenough.

Ruther Lee was a Christian hearted lady. She founded the New Provisor Baptist Church Choir. There she served as director. She later joined First Mt. Olive Baptist Church in 1952 where she song in the choir and was a deaconess.

Ruther Lee was a hard working woman in life. She worked numerous jobs, but Sheraton Hotel on Oglethorpe Blvd became her career. She retired after dedicating 27 years to them.

She quietly departed this life on Thursday, October 3, 2019 at Phoebe Putney Memorial Hospital in Albany, GA.

Please share a condolence, photo or memory of Ruther . We welcome all condolences that are positive and uplifting that will help family and friends heal.