The Jefferson family is sad to announce the passing of a loved one.

Louise Jefferson was born on August 12, 1928 in Sylvester, GA to the late Anna and Ulyese Davis. She was 2nd of 13 children. After many years of failing health, she fell asleep in death on November 12, 2019.

Louise was educated at Shingler Elementary School and Oak Hill High Schools in Worth County. She worked in the Dougherty County School System as a cook for many years.

On September 11, 1954 she was baptized as one of Jehovah’s Witnesses in New Orleans, Louisiana. She loved telling the story of how eager she was to share Bible truths with others. She said, “I went straight to my family first. I talked to them so much until some would hide from me when they saw me coming.” However, she didn't give up. Her parents and ten siblings eventually embraces her new found faith. Just being in her presence, it was evident she cared about your spiritual welfare, which left us feeling spiritually energized. Throughout many trials, her faith never wavered. She was gentle, yet firm, kind, peaceable and positive even when situations were grim. Louise truly loved teaching others about Jehovah. She touched many lives.

Nearly fifty years ago on December 27, 1969, Louise married the love of her life AJ Jefferson. With that union she became the proud and happy stepmother of Mary Jane, Nelson, Gwendolyn, Janet and Wade. 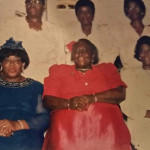 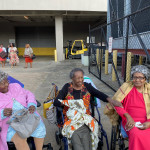 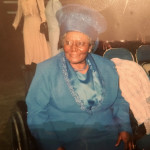 I am very sorry to hear about the death of our loved one. Death is never easy, in fact at 1 Corinthians 15:26 death is described as our “enemy.” Yet the bible does offer hope at Revelation 21:4, ‘he will wipe out every tear from their eyes and death will be no more. The former things have passed away.’ Sister Jefferson is a spiritual matriarch and I look forward to seeing her happy and healthy again.
- Cynthia Ragsdale
Aunt Louise had such strong love for her God Jehovah I always enjoyed listening to her talk I loved her sweet sounding voice and laugh. Thanks to her for sharing the truth with her family I was raised in a truly loving chirtsian family.I look forward to seeing her in Jehovah's righteous new system Patricia Person
- Patricia Person
My dear spiritual sister louise,met my mom when i was alittle girl in albany ga. That is were we learn about Jehovah iwas then in elementary school now I'm near 60 years old, i can remember the love and kindness she showed my family. Never given up on us, always gave us loving encouragement, she had that way About her,i can remember her children and my moms children playing together going to meetings together. Growing up together. Sister Jefferson was a faithful sister and a beautiful person and i know Jehovah has her in his memory, and i will see her again. To the family i can't express the love and the lost of your mother as i have lost my mother too.IT is Jehovah who is going to help you get though and continue to move forward never forgetting but to remember we will see her again we just have to continue to stay in the race for life The Russell family sends you our deepest sympathy
- Fay Russell
My Aunt Louise and I talked and she wanted to make sure I knew the story of how and why she became a Jehovah’s Witness and I realized how much we all owed her for being the one to lead so many to the truth, I loved her for it. Jehovah is close to the brokenhearted; he saves those who are crushed in spirit.”​—Ps. 34:18, “
- Rickie Booker
My deepest sympathy to the family your cousins .the Woodard family
- Betty Williams
My Aunt Louise was a very sweet and good natured Woman! She was always upbeat and sharing her beautiful smile with the world! Our family was truly Blessed to have her in our lives! We have to value our jewels while they are living! May we all keep her alive with the memories we have to share with each other!! Much Love to the family!!
- Bruce Booker