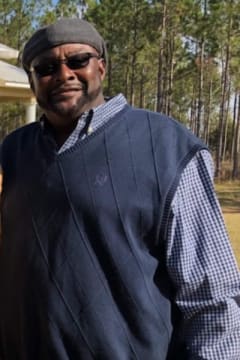 The Spurlin Family is sad to announce the passing of a loved one.

Larry Spurlin was born in Terrell County, Georgia, on March 10, 1960, to the late Sister Rosie Lee Givens Harris and Deacon Jake Warren. He was a beloved father, brother, uncle, cousin, and friend. At times, his physical limitations slowed his stride; however, nothing could keep him from the protective and loving arms of God. This was most evident on Friday, January 1, 2021, when Larry slipped his hand into the master’s hand and transitioned to his eternal home with family standing close by his side.
Larry confessed Christ at an early age and joined Pleasant Hill Missionary Baptist Church where he was groomed to be respectful, loyal, and hard-working, but most of all, a servant leader. He honed his gift of helping others and was always selfless in doing so. His devotion to family and friends and countless acts of kindness made it easy for those around him to love him unconditionally.
Larry graduated from Dougherty High School in 1978. He excelled as an all-around athlete. He was on the track team and played basketball and football. Larry showed that he was a Mighty Trojan by representing the school in State Competition as an elite shot putter. He also led his 1977-1978 basketball team, as a forward, to a State Runner-Up finish.
Although Larry received many accolades for basketball and track, he truly shined in football, and was recognized as one of the best linebackers in the nation. Larry was noted as a 2-Time All American, All-State athlete, and received the Headhunter Award for his tackling precision.
Football fanatics recall a particular game when the football field was nearly flooded. Although rain was pouring, Larry did not find it difficult to expose his opponent’s weaknesses. He had so many hard tackles the school renovated the playing facility shortly afterwards because players nearly drowned under the pile ups. His accuracy and intensity would lead him to receive a football scholarship to the University of Wisconsin.
While attending the University of Wisconsin, Larry acquired even more accolades. He was an All-Big Ten Honorable Mention, a Badger Blaster Award recipient for the hardest hitter on the team, a Jay Seiler Memorial Award recipient, and even appeared in eight games his freshman year. Larry graduated from the University of Wisconsin 1982 with a Bachelor of Arts in Sociology and a minor in Business.
After graduation, Larry was employed by United Parcel Service, Firestone Tire and Rubber Company, Lockheed Martin Corporation, and Ayers Corporation, as a sheet metal fabricator. Realizing that he had always been good at working with his hands, he decided to start his own lawn care service. He operated his lawn care service until his retirement.
Larry was a devoted classmate, family man, and friend. He always had time to listen and never hesitated to give of his time, talents, and treasures. Larry was a true confidant to many, and his love and kindness will live on through those that miss him the most.
Larry is preceded in death by his parents: Rosie Harris and Deacon Jake Warren Sr.; brother: Charlie R. Givens, Sr. (Rosie); and sisters: Reverend Annie Doris Spurlin, Betty Wiggins, and Katrinka Spurlin.
Larry Spurlin leaves to cherish his memories his children: Trakeythia de’Lissia Nycole Spurlin and Brandon Montez Gamble; grandson: Marcus Dewayne Heath, Jr.; sisters: Aldene (Harvey) Lanier, Barbara Lynn (Charlie) Rouse, Prophetess Clara Costello, Mildred McGill, and Bessie Warren; brothers: Elijah Spurlin, Walter (Sarah) Spurlin, Willie (Elizabeth) Warren, Joe (Virginia) Warren, Jr., and Jake Warren; aunts: Artie (Thomas) Watson and Mary Davis; best friend: Rosayln Spurlin; and a host of cousins that were raised as his brothers and sisters, nieces nephews, and loving friends. 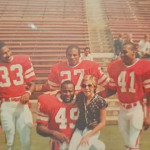 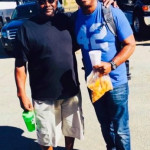 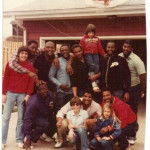 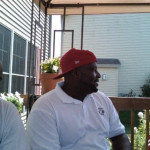 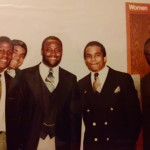 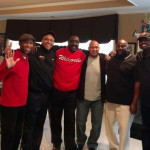 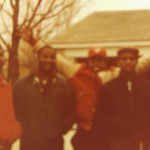 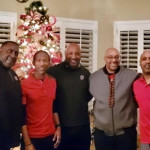 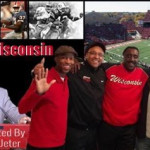 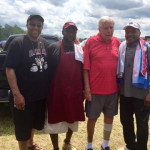 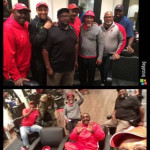 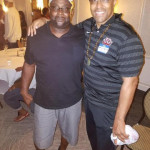 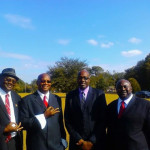 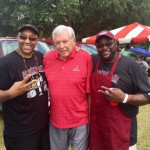 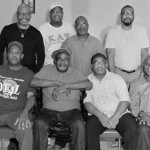 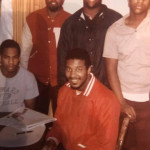 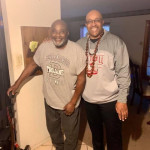 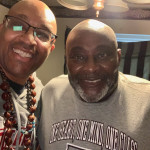 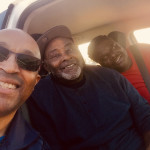 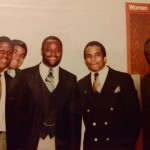 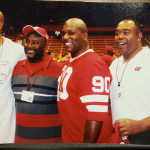 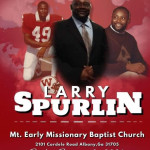 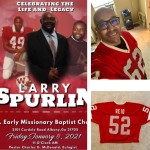 Praying for comfort for the family.
- Yasmine Ford

Rest on my special friend. I will miss you 😢 and I love you ❤
- Carolyn Williams

It's so important to stay in touch with the ones you love. I'll cherish our fun memories knowing how sad I am not able to say goodbye. I pray for Your Family and Friends; Walt I'll stay in touch please know that I'm praying for You All. Sleep Peacefully My Sweet Friend. Stephanie Shirley-Johnson
- Stephanie

Larry, you will be so sorely missed! From elementary onward, you were such a role model, friend and confidant. God has another ANGEL up in the heavens!!! Walter Gordon
- Walter Gordon

Rest easy my friend, Larry you will be truly missed. My sincere condolences and prayers to the Spurlin Family
- Tracy Shorts
I thank Larry for coming to University of Wisconsin and being a great player and a wonderful person. God bless you.
- Arnold Jeter
Very nice man. My condolences the family.
- Carlette Moore
My thoughts and prayers go to the family first. I met him through Coach Givens when I was in high school, he was always laid back and had some good words of wisdom for me. He will be missed. Rest on !
- Monte Killins

I met Larry in the early 2000's when we started working together for a local landscape company. Couple years later, I bought that company and Larry continued working for me. He always had a smile and a laugh that would brighten my day. We worked over 9 years together until he had to quit for health reasons. He worked hard to overcome them and started his own business. We both worked in the LaGrange area and remained friends. His health problems caught up with him again and he moved back to Albany. We remained in contact and we last spoke before Christmas, he sounded good and in high spirits. I will miss him, his smile and that heart warming laugh. I love you brothers.
- Frank Holliday

I'm glad I meet such a amazing guy like you we meet at racetrack 5:15am on a Friday in lagrange I was headed to work rushing we talked later and became friends I will NEVER forget you .The time we spent together will forever live in me I will never forget about you will always be in my heart your beautiful smile your kindness Larry you will forever live in my heart our last words on December 7 2020 I LOVE YOU💖💖💖💖💕💕💕
- Sheryl Reeves

To the family of Larry: The entire Whitlock Family sends our condolences and prayers to each you as you morn the loss of our friend. It was our pleasure to count him as family and he will be missed. May God comfort and give you peace today and in the days to come.
- Rhonda Whitlock

IM so glad I had a chance to speak to you and tell you I loved you.Im gonna miss you classmate.
- Penny Mallory

Rest easy my friend! I am so glad we had a chance to converse together. 💞💞
- Clemmie Jones

My most memorable conversation was when Larry came with Sweetie to one of his appointments. The three of us laughed and talked about everything!😊 The Lord knew I needed that time with them because no patients knocked on my door during that time.. I also remember being outside the funeral home when Coach passed and watching Larry take a stroll to the family's old house. Somebody said he was going home. My brother can take a rest. He is now home with all our mothers, sisters, brothers, and fathers. RIH❤️🙏🏽 Your sister Theresa Land
- Theresa S Land

Sleep in Peace my friend.... Nothing but fun and laughter whenever we got together.... love ya !!
- Shelia Bennett
Rest in peace! You will be dearly missed with the wonderful smile and your jokes.
- Latressa Wright