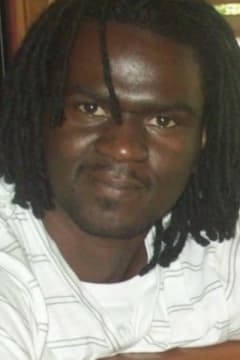 Mr. Marlin graduated from Worth County High School class of 1999. After graduating high school, he attended Albany Technical College for Culinary Arts.  Kareem enjoyed cooking, fishing and hunting with his cousins Willie and Reggie Brown.  Kareem also enjoyed hanging out with his dad and brother Rock watching sports; his favorite team was the Atlanta Falcons.

He was the proud father of Tyreke, Noah, Kareem Jr.,  & Kaleb Marlin.
Kareem received Christ in 2013 at Jerusalem Baptist Church were he was baptized under the leadership of Pastor Eddie Walker. He served as a member until he was called home to be with his Heavenly Father on October 26, 2020.
He will be loved and missed by his family including his BONUS mom Runell Marlin, grandmother Mae Lou Marlin, two special aunts Brenda and Linda Marlin, his brother Tommy Marlin Jr. (Kenyatta) of Bonaire, Ga., his sisters Tammy Marlin James (Jonathan) of Leesburg, Ga., Gloria Brown Hill (Robert) of Fort Benning, Ga., Carey Marlin Colins (Larry) of Poulan, Ga., & Chanty Marlin of Sylvester, Ga.; Kareem leaves behind a host of nieces and nephews and multifold of aunts, uncles, and cousins.