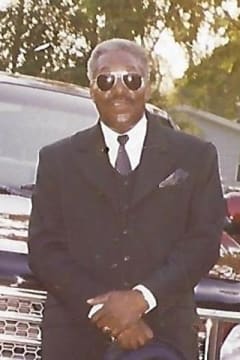 The Crapp family is sad to announce the passing of a loved one.

My condolences goes out to the Crapp family.I am saddened to know Mr.Joe Crapp has passed away.My the lord give you all strength and comfort in your time of loss of your love one.He will truly missed by many.Rip Mr.Crapp fly high.
- Chris Elayne