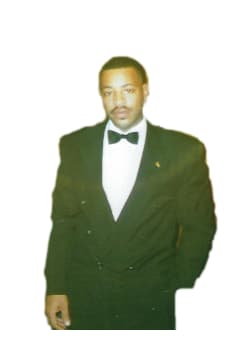 The Burrows family is sad to announce the passing of a loved one.

Ivey Thomas (Bolo) Burrow was born in Sylvester, GA on April 8, 1962. He was the third oldest of five children. He was born to Emmitt Burrow Jr. and the late Eloise Hill Burrow.

During the early years of his life, he received his formal education in the Worth County School System.

Having professed his faith and belief in Christ at an early age, he united with Pleasant Grove Baptist Church in Shingler, Georgia.

Over the years Thomas worked at Worth Textile, Shaw Industries, Target and COI in Tifton, Georgia until he became disabled. He was well known in Worth County and was affectionately known as Bolo.

Our loved one’s life came to an abrupt end on Thursday, June 13, 2019. Preceding him in death was two brothers: Donald Lee Burrow and Anthony Wayne Burrow; one brother-in-law: Roger McGriff.

I am very sorry to hear about the death of your loved one. Death is never easy, in fact at 1 Corinthians 15:26 death is described as our “enemy.” Yet the bible does offer hope at Revelation 21:4, ‘he will wipe out every tear from their eyes and death will be no more. The former things have passed away.’
- Cynthia Ragsdale
Bolo you will be miss my homie. The fun we had in the projects play basketball, softball. Rip
- Alfred Lewis