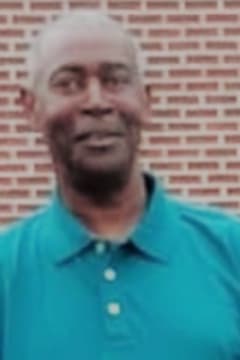 The Major Family is sad to announce the passing of a loved one.

Mr. Charles Major was born on June 15, 1954 in Doerun, Georgia to the late Rosie Lee Major-Pittman and the late Milton Swanagan.

He departed this life peacefully on Thursday, April 30, 2020 at Colquitt Regional Medical Center at 4:28 pm. Charles was surrounded by his daughter Chiquita and his brother Morris.

He was preceded in death by his parents; Milton Swanagan and Rosie Lee Major-Pittman ; one sister Sylvia Denise Williams, and one brother; Wayne Pittman.

When I Must Leave You by Helen Steiner Rice When I must leave you For a little while- Please do not grieve And shed wild tears And hug your sorrow to you Through the years, But start out bravely With a gallant smile; And for my sake And for my name Live on and do All things the same, Feed not your lonliness On empty days, But fill each waking hour In useful ways, Reach out your hand In comfort and in cheer And I in turn will comfort you And hold you near; And never, never Be afraid to die For I am waiting for you in the sky!
- Linda S Molden
We love you Chiquita Jackson and are praying for your strength,love Sed and Lasonya
- Lasonya
Praying for strength and comfort for Chiquita Jackson and her family,may God give you strength and comfort during your time of bereavement
- Lasonya
Charles (Uncle) we miss you so much. You always asked about your niece Shemelia and gave good advice.
- Nicole Blackwell
Charles always had a smile on his face RIP cousin
- Traci Williams