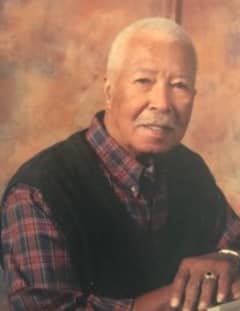 The King Family is sad to announce the passing of a loved one.

Benjamin King, Sr, affectionately known as Ben, was born on September 2, 1938, to the late John Thomas, Sr and Myrtice Toles King.
He received his formal education in the Worth County school system and graduated from J.W. Holley High in 1957.
With an upbringing in a God fearing home, at an early age Ben confessed his faith in Christ and joined Pleasant Grove Baptist Church of Shingler, GA.
On June 26, 1960, he was united in holy matrimony to Sarah Arlaine Best. The union was blessed with six children.
In addition to his parents, he was preceded in death by his loving wife, Sarah King; son, Cal David King; a brother, Earnest King; and a grandchild, Cass Johnson, Jr. From working on the farm to mechanic with Ford-Mercury to a supervisor with Worth Textile and K&E Industries, he is known for his qualities of being a hard worker, straightforwardness, perseverance, and a leader that many of his peers looked up to. It has often been said by several that worked under him that his leadership skills helped mold them into the leaders they are today. He was a loving father, grandfather, brother, uncle, cousin, and friend; all of whom he cherished dearly. His favorite pastime was fishing and in his opinion he was the G.O.A.T. when it came to fishing.

Honor the life of Benjamin King,Sr.

Please share a condolence, photo or memory of Benjamin. We welcome all condolences that are positive and uplifting that will help family and friends heal.